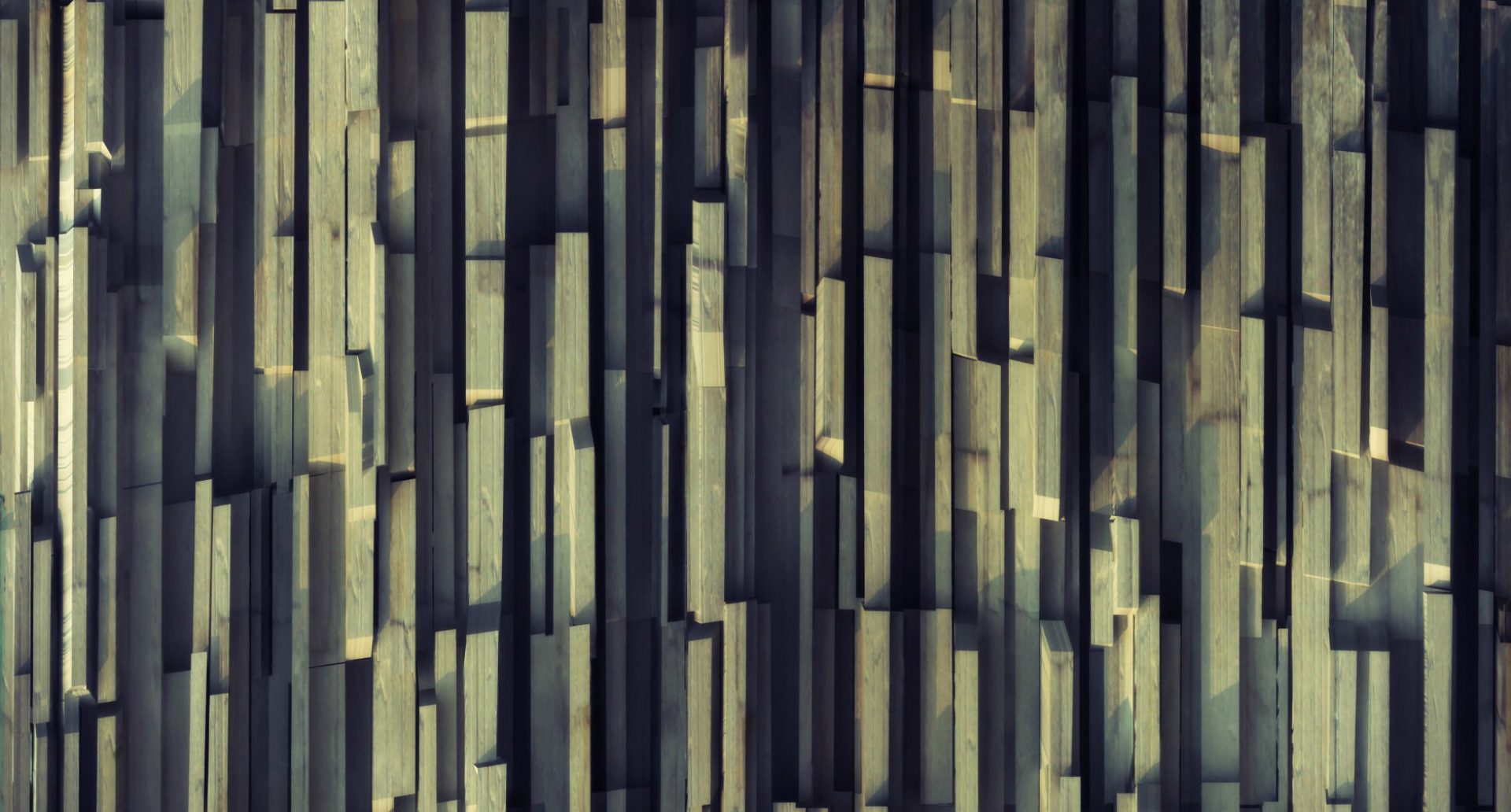 Are you ready for Internet scandal, intrigue and corruption like you haven’t read about before?!  Buckle up…here we go!

I blogged about that stupid website a while back that was phishing for Google accounts:  http://torresramos.com.mx/article/index.php (read about it here)

I’ve been trying to get it shut down for the past 2 weeks.  What’s annoying is this, if you do a whois lookup on the IP address it shows it’s BlueHosts then you call BlueHost (or email and get nowhere) and they say oh that’s not our IP address it’s HostGators.

Find out what the IP address that dot com dot mx domain is by using ping:  “ping  torresramos.com.mx”

Then I do a whois lookup with this command:

Notice the “BLUEH-2” in the “Organization”.  I chatted with the BlueHost losers and it went down like this:

What we’ve determined is that during this process there has been a lot of finger pointing.  If you “google” for “unified layer” you actually get uniTED Layer as a link in the first position (non-advertisements).  uniTED Layer gets so many calls about abuse daily about uniFIED Layer that the woman I was speaking to said…”oh, you’re looking for unified layer and we’re uniTED layer.  We get a lot of calls for them because when you “google” them we’re the first link.  If you have something to write with I can give you their contact information”.  She said it’s “fastdomain.com” which as it turns out; is not and she also said to email them at their abuse address – abuse@…their domain.  That domain too as it turns out is a loser and was changed to “tos@” from abuse@.  If you email either one you get no reply and no help so it’s all a big circle waste of time.

I suspect at its core that all the “major” hosting providers are under one roof.  Why might you ask how it is I might have determined that the same losers who own BlueHost also own HostGator and are also at the core of Unified Hacking Layer plus many many more companies?

This is another blog opportunity but if you call both BlueHost and HostGator guess what option 5 is after you select 2 for technical support?  Yep – both have phone trees in the same voice that say…”For security questions press 5“.  Hmmm, that’s odd.  OK, I’ll push 5.  You’re immediately transferred to a 3rd party group of uber losers called “Site Lock“.  I called several times off the phone tree’s of both Blue Host and Host Gator (option 5) and after about 10 rings they finally pick the phone up.  When they pick the phone up it sounds like you kicked them out of bed.  Then, they try to get you to purchase remediation for your hacked website (even though I keep telling them it’s not my website). As a side, their staff knows nothing about hacking remediation – the one guy I spoke with said oh “I just started and I’m trying to figure out the screens“.  I know I know…it’s ok, I’ll wait till your sales script loads because that’s what it is!  Anyway…  Conflict of interest anyone?  Hello!  McFly! Does Site Lock kick back any money for a referral?  Is Site Lock somehow owned by the same overall mothership company? How is it Site Lock has all the major hosting companies on their website listed as “partners”…?  Pause here for a moment and re-read my last two sentences asking you serious questions.

Well it turns out the “web” of intrigue continues (pun intended!).  The conflict of interest is mapped out like this!  Are you ready for this?  Do you think it’s possible to extort more money out of an existing customer base?  The answer is NO, not impossible at all or if you’re dyslexic YES!  It is possible!

United Web owns Site Lock (the one’s you get transferred to when hitting 5 on the phone tree & that want you to pay for monitoring, hacking help, website cleanup, etc).  United Web is based in Scottsdale, AZ as is Site Lock (Reference Link) > United Web also owns iPower (Reference Link) > according to Wikipedia iPower is owned by “Endurance International Group” (Reference Link) also known as “EIG”…where have we seen that before?  See my chat with the BlueHost guy:  “No, we are not. Unified Layer is just an organization under EIG that includes lots of different hosting providers”

…ok…still with me?  So…Unified Layer is “under” EIG, who owns Site Lock, who owns hosting companies that get hacked…who they then refer to Site Lock for stacks of cash!

E – to the – I to the – G…EIG – according to the Wiki on EIG it says (Reference Link):  “In April 2014, a major network issue at the data center in Provo, Utah, affected customers of Bluehost, HostMonster and JustHost, and took down many of the dedicated servers owned by HostGator customers.”

Hmmmm…where was the original whois lookup on that hacked / phishing website from Unified Layer?  Oh…Provo, Utah!

So it turns out that EIG owns HostGator, BlueHost, a lot of the major hosting companies that sell hosting for pennies on the dollar, they also own “Site Lock” which they give direct referrals to from servers they don’t really monitor for security.  If they do find something on the off chance their part time security team comes into work sober they probably refer them back to site lock which charges you a fee to cleanup and then further “monitor” your website, etc.

It’s one big web of extortion controlled by the man behind the curtain – the great and powerful OZ at EIG.  EIG is the problem with major conflicts of interest and they have no incentive to “fix” or “secure” anything in hopes they can drive traffic to their site lock company or other properties that do security work. That of course isn’t their sole business goal, they want to provide hosting services but with a weak network and customers calling in for help because their sites got hacked it is and has become another source of tremendous revenue for them…”them” being EIG the mothership.

Shame on EIG!  If this were the banking industry they’d be shut down or broken up. If your credit card company also owned the credit reporting agency and the credit counseling service…game over.  Unfortunately the horse has left the barn and EIG is running, making millions…almost a billion dollars if not more and a percentage of it is bilked from unsuspecting customers.

SCAM ALERT: How HostGator Attempted To Extort >$200 Out of Me for SiteLock

Same neckbeard who blogs about his stuff and tells you how to cancel your account:  Link

* They don’t know how deep the conspiracy goes!!!

The “extortion” trick is mentioned by several posters on forums and other blogs.  EIG’s hosting companies do directory scanning, any “malware” found flags system admins who then locks your account out.  The locked out account holders eventually see that their site has been “suspended” and call the hosting company (BlueHost, HostGator, etc) and start asking questions.  The hosting companies say, we can’t unlock your account until you buy Site Lock.  You have NO ACCESS to your website, website files, etc – you’re “site locked” LOL (funny but not funny). That’s how their criminal enterprise extorts money from you – holding your website hostage.  Many of the locked sites are false positives as the neckbeard complained about. I read an article about Site Lock on some press release or local rag from their town about Site Lock growing “10 fold” (Here’s the link).

“Scottsdale-based SiteLock, named this month as one of the nation’s fastest-growing technology companies, is among the firms who are fighting back, countering hackers with software designed to keep websites clean, fast and safe.”

It’s no wonder that company grew 10 fold! Identifying customer websites as malicious (whether they are or aren’t doesn’t matter) but then holding them ransom until they pay the extortion money to regain access to their websites is absolutely the ultimate “ransomware”. EIG is a cyber terrorist.  I don’t know if anyone has connected the dots fully until now.  They aren’t “fighting back” they’re terrorizing!

Interested in our firewall product?  Check it out!  Free Hardware!  http://firewallz.net